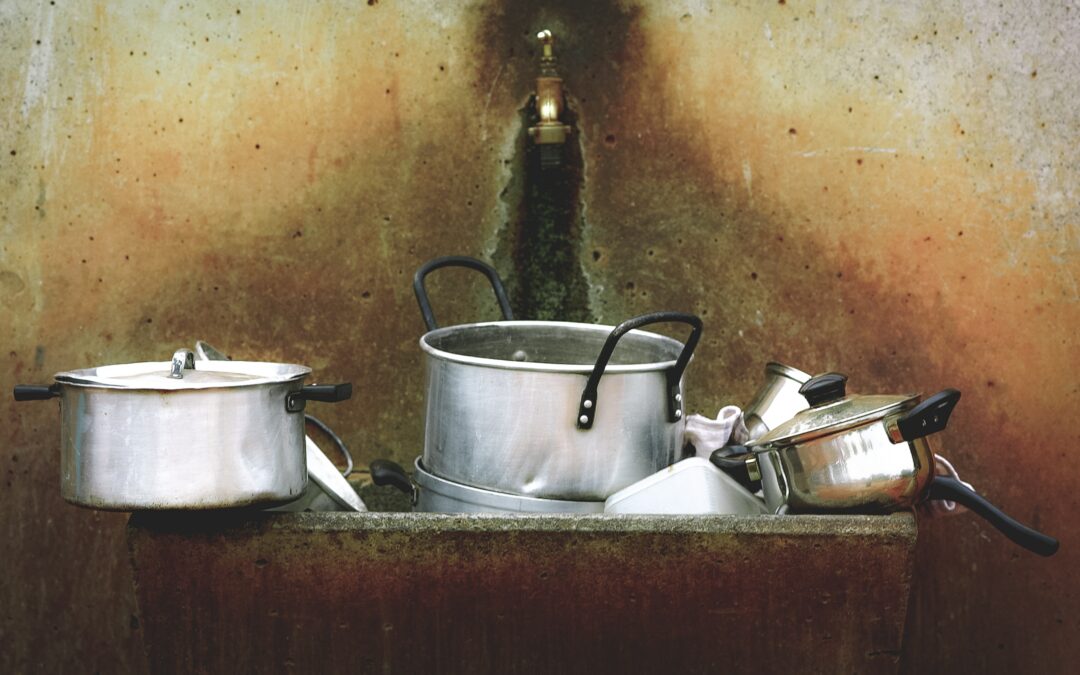 David Briggs is the co-founder of Tricord Global, and his heart for what we do shines through the stories he writes. I wanted to share another one with you today. He demonstrates in the story that wealth is relative. It causes me to reflect on the different things in my life that make me “wealthy.” For example my beautiful wife, Becky, my kids, grandkids, and so much else. As you read and reflect, I want you to know that investment opportunities with Tricord Global are open now, but the opportunity to invest at a 4-8% interest while making a kingdom impact will be over in TWO WEEKS. I encourage you to read David’s story, and prayerfully consider investing with us.

More than Just a Pot!

I was in a bit of a hurry but I took the time to open an email that Scott, our Technical Advisor from Malawi, had sent me.  I had asked him for some new pictures of our clients’ businesses and saw that an attachment had accompanied this particular email.  There was a picture of a cooking pot – just a pot! I couldn’t imagine what motivated Scott to send such a picture. After all, I had a deadline to meet for the printing of our newsletter and I was hoping that this picture would be ideal to fill in one of the last blank spots. I must admit, I was a little disappointed.

Before I finish this story, let me rehearse another one to you.  This story was written by Lih Yuh Kuo and appeared in “Chicken Soup For the Soul”:  A little boy invited his mother to attend his elementary school’s first teacher-parent conference.  To the little boy’s dismay, she said she would go.  This would be the first time that his classmates and teacher met his mother and he was embarrassed by her appearance.  Although she was a beautiful woman, there was a severe scar that covered nearly the entire right side of her face.  The boy never wanted to talk about why or how she got the scar.

At the conference, the people were impressed by the kindness and natural beauty of his mother despite the scar. The little boy was still embarrassed and hid from everyone.  He did, however, get within earshot of a conversation between his mother and his teacher, and heard them speaking. “How did you get the scar on your face?” the teacher asked.

The mother replied, “When my son was a baby, he was in a room that caught on fire.  Everyone was too afraid to go in because the fire was out of control, so I went in.  As I was running toward his crib, I saw a beam coming down. I placed myself over him trying to shield him.  I was knocked unconscious but fortunately, a fireman came in and saved both of us”.  She touched the burned side of her face.  “This scar will be permanent, but to this day, I have never regretted doing what I did.”

At this point, the little boy came out running towards his mother with tears in his eyes.  He hugged her and felt an overwhelming sense of the sacrifice that his mother had made for him.  He held her hand tightly for the rest of the day.

I guess you could say the life lesson of this story was Perspective! Well, I learned a similar lesson. After getting the email with the pot, I called Scott about the picture.  He proceeded to tell me how excited the client was who owned this new pot. It had been her dream to own one but she never had. She thought she never would because such a desire was just too expensive to ever obtain. Then, she heard about Tricord. She went through the process, received a loan and started a business. After the first two weeks, she was able to pay her payment and had enough profit left over to buy her dream – a new cooking pot! She wanted to send us a picture of her new pot and share with us how Tricord had made her dream come true.

Well, needless to say, my perspective was changed that day.  As I looked at that pot, my eyes began to tear up and a sense of humility began to fill me. My arrogance melted away, and I was reminded of how wealth is really relative.

Wealth is relative! What things, people, experiences in your life have made you “wealthy?!” Please share them with me.

Because this investment is such a unique opportunity, we have select times where we open it up to new investors. I am excited to announce that investments are NOW OPEN! They will only be open for a short time, so be sure to inquire about this great opportunity now!

What questions do you have about social impact investing? Leave them below!