Are we due for another Great Awakening? 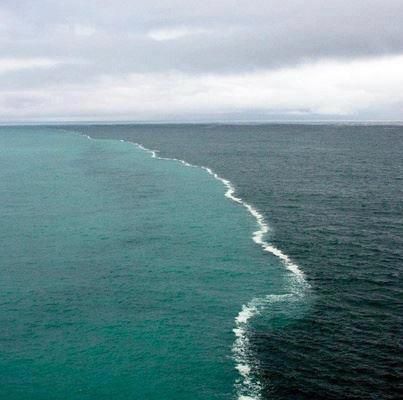 There is no question that the past year has come with unprecedented changes, loss, and heartbreak. We’ve been going through COVID for over a year now, and that time marker has caused me to reflect on some things. However, there’s always a silver lining. Actually, it’s more than that. Our God is in the business of all-encompassing hope and complete redemption! I’ve talked with a lot of people about what direction the spiritual and financial climate might be going in right now, and I have reason to believe that we are entering into a watershed moment, much like the Great Awakenings of the past.

Prophetically, a watershed moment seems to be on the horizon. Although, right now, America looks a lot more like what I saw when I looked over Cape Agulhas, South Africa. Cape Agulhas is the point is where the Indian and Atlantic Oceans meet, and it’s honestly one of the most fascinating things I’ve ever seen. There’s a clear straight line that separates the two, and the oceans are distinctly different shades of blue. Right now, we have a similar separation in America. People heavily identify with one side or the other, especially when it comes to politics.

The First Great Awakening began in 1720 as a result of secular rationalism (people seeking truth outside of religion). Religion had gone stale. Blatant misuses of Christianity like the Salem Witch Trials caused people to lose belief in the validity of the faith. Something had to change. Preaching caught like wildfire, and people began to realize that they could have a personal relationship with God—it wasn’t up to higher church or governmental authorities. Over 350 churches were built, and Methodist and Baptist denominations exploded.

According to Dr. Allen Guezlos of Princeton, evangelical revivals have accompanied times of hardship throughout America’s history, including the Civil War, issues of industrialism in the 19th century, and the Cold War. He writes, “During these times, Americans have come to terms with all of the confrontation, sorrow, and pain of transition through evangelical revivals.”

A true awakening comes with lasting change that penetrates culture. Educational, financial, and governmental institutions get reformed. For instance, Rutgers, Princeton, Brown, and Dartmouth were birthed out of the Great Awakenings. If you’ve heard of the 7 mountains, you’ll understand what I mean when I say that every mountain of culture is touched by the power of God during an awakening. It’s not that every mountain becomes a Christian mountain, but it does mean that Christians influence that mountain. Even the religion mountain gets reformed.

Signs of the Times

An awakening would bring reformation and blur our clearly divided lines with an outpouring of change and truth. Individuals and culture would shift. We have learned that the First Great Awakening partially began because of a rise in secularism, which we are definitely experiencing today. As previously mentioned, evangelical revivals accompany difficult times. If we learn from history and spend time in prayer, we can discern profound things about our culture.

Scripture mentions the Men of Issachar. These 200 leaders, “understood the signs of the times and knew the best course for Israel to take” (1 Chronicles 12:32 (NLT). I pray that each one of us will have the wisdom to understand the times and the courage to know what steps we need to take.

I think many Christians have used the past year to turn their pain into prayer, patience, and plans. God has many things that he wants to redeem from the past year, and we are his vessels on the earth to enact that change. I hope that you will press into why you are here for such a time as this! And maybe, together with God, we can bring an awakening to an aching world.

What are you excited about? What do you think that God is doing right now? Is there anything you’d like to hear about specifically on the blog? Comment below or email us at info@wealthbuilders.org. We’d love to connect with you.