Choosing A Powerful Response to Change 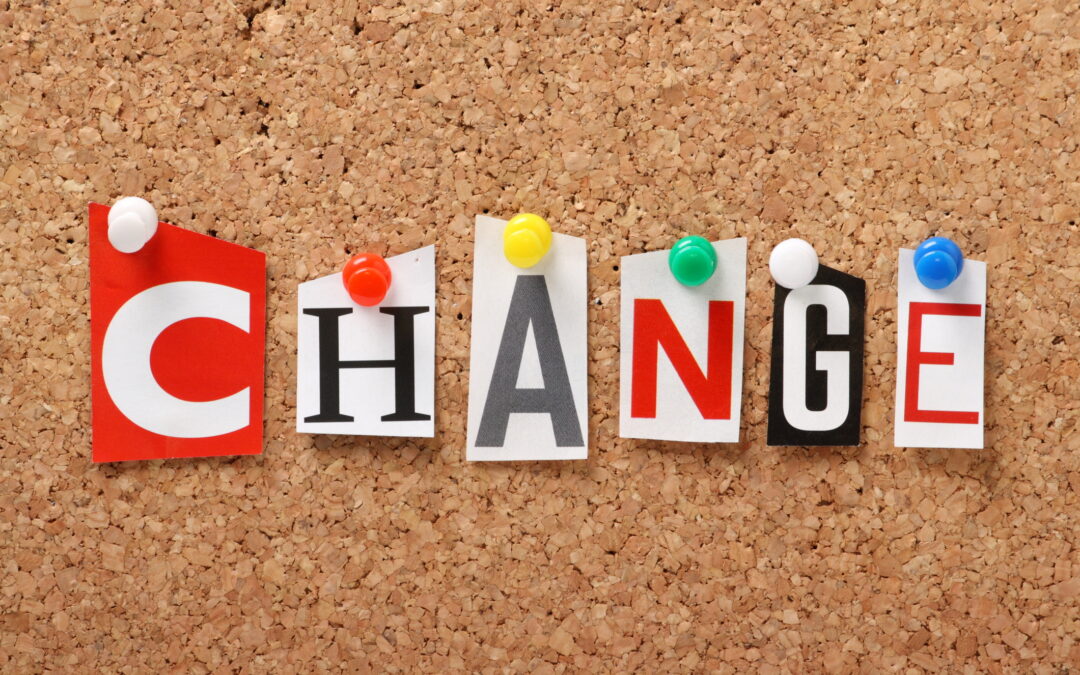 We all deal with forced change at some point in our lives. Life events frequently bring sudden, unwanted shifts into our lives. Today I want to discuss three common ways we unhealthily deal with change and how we can instead choose to let change propel us into something different.

Most people are never taught how to effectively deal with change. There are no classes for it in school, no correspondence courses to take through the mail, and no corporate training programs. These kinds of courses would certainly be useful.

Change 101 could teach people how to cope when life throws them an unexpected curve ball such as divorce, illness, bankruptcy, or death. Change 102 could encourage people to proactively pursue positive change in order to improve their quality of life such as beginning a new career, fanning the flame of a smoldering marriage, or losing a few unhealthy pounds.

I have a story for you. When I was a young boy, my mother made me take cod liver oil. She would literally hold my nose and put the spoon in my mouth. Still, I was the one who had to swallow it! That was not easy. I always had to have something to drink immediately afterward to get that nasty taste out of my mouth.

Some people refuse to swallow change and instead try to compromise with it. Instead of accepting it, they merely put up with it and resign themselves to minimizing its effect on life. They do not grow through change, but they grow around it. Take for instance, what can happen to a rejected wife who suffers an unwanted divorce. She may go on with her social life, date, or even marry another man, but keep part of her heart reserved due to the risk of being hurt again. She has compromised with the change rather than accept it. She has swallowed the unwanted change to capture part of her dignity and to damage her self worth.

Other ways people respond to change is to just endure it. When enduring, people fight change on the inside by simply waiting for things to change back to the old way. Enduring puts people in a defensive position rather than an offensive one. Their theory is that in time all will pass and return to normal; therefore they take no proactive action in their circumstance. They believe they can only outlast the change. Of course, the truth is that it is impossible to go through change totally unaffected.

[tweetthis display_mode=”box”]Taking a defensive stance only puts a person in a position to become bitter, not better. [/tweetthis]

Lastly, resisting or avoiding change occurs when a person denies that a change has even occurred or admits that it has occurred but ignores its effects. Some people resist the death of a loved one by refusing to clear out any of the dead person’s belongings and continuing to talk about the person as if he or she were still alive, even though the death occurred years earlier. If a tornado destroys your house and you resist it by saying it did not happen, the fact remains that it did happen, and your house is gone! Until you accept this fact, you will not take any positive action toward your rebuilding.

So what will you do with the inevitable unwanted change that comes in life? Will you compromise with it, resist it, endure it? Or will you allow it to propel you to do something different.

Thanks for joining me today. I encourage you to take a look at your life and see if there are any areas where you are not cooperating with change. If so, reevaluate and see how you can allow this change to propel you forward.

I look forward to hearing how you chose powerful responses to unwanted change in the comments below.

Join me every Monday for tips on entrepreneurship and leadership.