How to Develop a Strategy for Change: Part 2 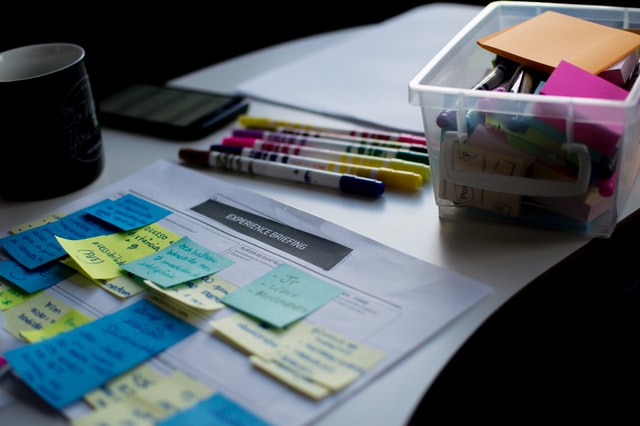 On Monday I shared four steps you can use to develop a strategy for change. Strategy is an important word there because I believe successful change comes from successful planning. Anything, really, comes from a strategy. Without it, you wouldn’t have a direction, nor would you have a way to know you were getting off track. Don’t just hope for change, choose it. Here’s how.

Part 2: Develop a Strategy for Change

If you remember, Step 4 in Monday’s post was to Imagine the Pain. The fifth step is the opposite of the fourth. Instead of picturing the pain you will suffer as a result of not changing, picture the benefits you will experience if you do change. Again, imagine this in vivid detail—sight, sound and feeling. Most people do this automatically when they make the decision to change from being single to being married. They daydream of the intimacy and companionship they will experience in marriage. Perhaps you daydream of the joy you will have when you change from being stressed about finances to being in control of your finances. Think about your favorite benefits of changing and hold tightly to them

Step 6: Determine How to Deal with Resistance

The next step you must take in developing your change strategy is determining how you will deal with emotional resistance. When you start down the road to change, you will encounter resistance, and it won’t just be internal resistance. Yes, if you decide to go on a diet, images of cheesecake will faithfully begin appearing in your mind. But you’ll also experience the outside pressure of friends saying, “Come on, just cheat this once!” Your emotions and, unfortunately, sometimes your environment will violently resist the change. Many people give up when the resistance gets tough, but that’s when you need to get tougher.

The path to dealing with resistance is not uniform because we are all different and our communities are different. So think carefully about your life and potential triggers. Plan out how you will act and what you will say when faced with resistance. Overcome your feelings of guilt brought on by past failures and focus instead on the things you have accomplished. Don’t focus on the places you have fallen short. Just get up, and re-imagine the gain.

Step 7: Replace Harmful Thoughts and Behaviors with Helpful Ones

A major key to assimilating a desired change into your life is to replace harmful thoughts and behaviors with those that are encouraging and beneficial. This is the substitution principle. When you substitute something positive for something negative, something good replaces something bad.

The best example I know of the power of substitution is a story about a man who had a terrible drinking problem. He decided he would replace drinking with painting. Whenever the desire for alcohol surfaced, he would paint. Painting turned out to be a great outlet for the emotional needs that were leading him to drink in the first place. As he continued this pattern of substitution, it became so ingrained in his life that he was able to totally overcome his addiction.

The last step you should take to prepare yourself for personal change is to decide how you will reward yourself for your accomplishment. Rewarding yourself for change is an important motivator. In 1 Samuel 17:26, before David went out to fight Goliath, David asked, “What shall be done for the man who kills this Philistine?” Though I’m sure David was motivated to fight Goliath to defend the honor of God Almighty against the slander of Goliath, the generous reward being offered by King Saul for the defeat of the giant surely motivated David even further. God understands the importance of rewards. Hebrews 11:6 tells us that He is a rewarder of those who seek Him.

I hope this post series has helped you develop your strategy for change as we navigate this new normal. I want to know what your strategy is during this time. Leave a comment below or email my team at info@wealthbuilders.org!