How to Overcome Disappointment as a Leader 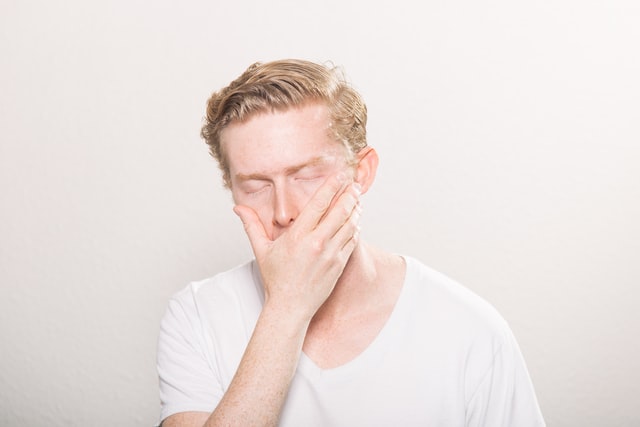 When I was in high school in the early 1970s, it was the “in” thing to sneak up on someone and punch them in the arm with your middle finger bent over into a pointed position. It would cause the muscle in the arm to form a bump and twitch uncontrollably. Kids would grab their arm to stop the twitching, but it didn’t help. We called this “frogging” a person. The worst part, though, was how sore your arm would be the next day. In fact, in a particularly potent frogging incident, your arm could be sore for a week.

Life has a way of frogging us. It sneaks up on us and with its middle finger bent over and inflicts the “frogs” of disappointment. We don’t see it coming, and yet in some cases, the pain of it sticks with us our entire lives. This is what a spirit of disappointment is—the long-term pain of unfulfilled expectations. For many of us, the COVID-19 pandemic has led to disappointment and it may be hard to see a way out. Today, you will learn how leaders are meant to overcome disappointment.

Overcome Disappointment as a Leader

So what do we do when we encounter the inevitable frustration of disappointment? We can sit there and let our hearts be sick or we can stand up and refuse to let it control us. Look at how these individuals in the Bible dealt with it.

In Exodus 6, God’s direct word could not get through to the Israelites because of their anguished spirit. Hebrews 4:2 says, “For indeed the gospel was preached to us as well as to them; but the word which they heard did not profit them, not being mixed with faith in those who heard it.” They were so caught up in dwelling on their disappointments, that they missed God’s attempt to bless them!

Elijah essentially said, “I’ve had enough!” His frustrations were also a result of carrying disappointments with him. He had not taken the time to address those past disappointments until it reached a crisis point with Jezebel. “It is enough!” He knew something had to change.

Sometimes we can’t hear God’s voice, just like the children of Israel in Exodus 6, because we are looking for God to always do things the way He’s always done them. We want to put God in a box and say, “God, you’re going to do it my way.” But sometimes God moves in different ways in our lives so that we can hear what He’s saying to us. For some of us, all we are able to hear is our disappointments. But until you start listening to what God is saying, He won’t speak to you about your life.

Letting Go of the Past

Paul talked in Philippians 3 of forgetting the things that are behind us. What he’s describing is when you start feeling the pleasure of the future more than you feel the pain of the past. How do we forget the people who hurt and wrong us? You may not literally forget the act, but you will forget the pain because you get healed from the pain.

When you cling to that disappointment though, the pain never heals. Some people are still feeling the pain five, ten, fifteen years after the incident. Here is the major issue—if you allow disappointment to stay that long, it actually becomes part of your belief system. It integrates itself into how you view life. It becomes a significant part of your perspective, your worldview. Some people have lived with disappointment so long that they don’t notice it anymore! It leads them to expect disappointment. They think it’s normal to feel that way.

When leaders allow this to happen, it can cause a variety of issues. One leader might try to do everything himself because he’s experienced disappointment from people to whom he had entrusted tasks. Another might let things in her organization stagnate because she’s allowing her own disappointments to cloud the future possibilities of her organization. Leadership is innately relational. It’s your job to instill vision into the people you’re leading. You can’t do that if you allow disappointment to move your eyesight off of the future.

Next month, we are hosting a virtual Business Mastery Workshop where you’ll learn new strategies and best practices to make your small business more profitable in our post COVDI-19 world. Click here for more information and to get your ticket!