One 1/8th of an Inch: The Kingdom of God and Baseball 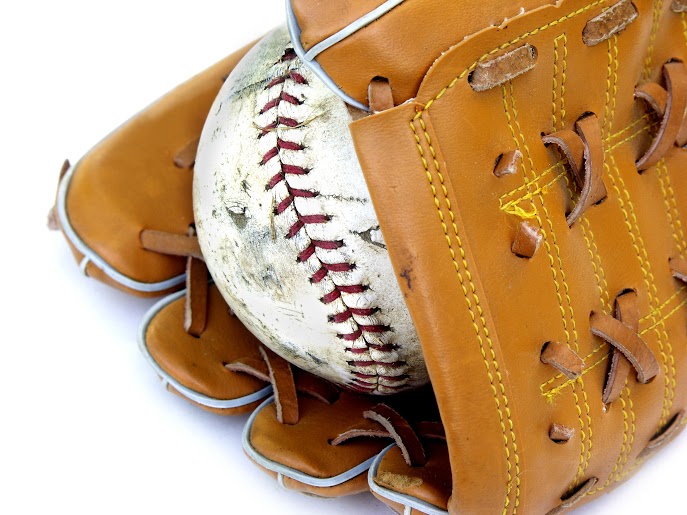 In 1974, I attended Oral Roberts University on a baseball scholarship. I was a pitcher, believe it or not. At the high school and college level, back in the 70’s, we played with wooden bats instead of metal bats. And let me tell you, hitting a ball with a wooden bat is a different experience! The humidity was terrible out in Tulsa, but it was heavy back in Texas too. So I headed out to university thinking I was hot stuff.

This post is an excerpt from my upcoming book, “Money Mastery.” If you would like to preorder (August 31 is the last day to preorder), click here!

The first day we’re out practicing, they put the other freshmen up to bat against me. So I pitched my best fast ball three times in a row. On the third pitch, a freshman knocked the ball—with a wooden bat in Tulsa humidity!—410 feet over the centerfield wall. That was a pro-level shot! I immediately thought, “Toto, you ain’t in Kansas anymore.”

The pitching coach, a previous Dodgers pitcher by the name of Rich Calmus, came out to the mound after the hit and said, “Epperhart, we’re going to have to give you another pitch.” So he taught me how to throw a “slider.” I learned the grip for a slider and it dramatically helped me get people out at the plate.

We played our first game as a team against Oklahoma Baptist. I was  put into pitch at the beginning of the second inning. I was just some freshman kid they’d spent a lot of money to get there and the first three guys all hit shots on me. The bases were loaded in 6-8 pitches.

I was feeling the pressure at this point, when Calmus walks out to the mound. In high school, if that happened the coach would have said, “Epperhart, throw the ball harder!” or “Throw more strikes!” Nothing that actually adjusts anything. But Calmus came up to me and said, “Epperhart, let me see your slider.” So I held up my grip.

He didn’t say a word. He just reached up, took my middle finger, and moved it 1/8th of an inch from the left side of the seam to the right side of the seam. Then, without a word, he turned around and walked off.

The next three batters, I struck out. Nobody scored.

That 1/8th inch adjustment made a dramatic difference on the effect I was able to have in that game and future games. It’s amazing how such a small shift can drastically change the result of what we’re working on. I believe we as believers also need to make a 1/8th adjustment when it comes to our mindset as Christians. We need to adopt a Kingdom mindset.

Believers of other religions can have a Kingdom mindset. A famous Christian evangelist went and preached a crusade in Nairobi. Thousands of people were saved. And then this religious group came in right behind them and offered microfinance loans. Many of those new converts converted to their religion. While the Christian evangelist had a Gospel of Salvation mindset, which is essential, this group had a gospel of the kingdom mindset. And their kingdom gospel is what captured the hearts of those people. This is because faith without works is dead.

Now I’m not saying that evangelist’s faith was dead. But the way faith was preached was in some sense, dead. If, after those people took the first step by accepting the Lord, the evangelist’s group had followed up with poverty-eliminating empowerment, those people might have truly understood and followed our faith. Evangelism without bringing the Kingdom of God to earth can fall flat.

Say you go into a group of drug addicts, preach the Gospel and they accept Christ. You rejoice over them and leave them to their newfound freedom. But here’s the problem: they have no consistent revelation of Christ’s love in their lives. They turn around the next day, still feeling the addiction and the loneliness, because they don’t know how to implement what you’ve given them. The Gospel of the Kingdom is the second half of this tale. It’s about going into a place and bringing Christ’s peace into it—permanently. It’s about transforming hearts, minds, and lifestyles. It’s tikkun olam: elevating the poverty and sadness in the world to the holy.