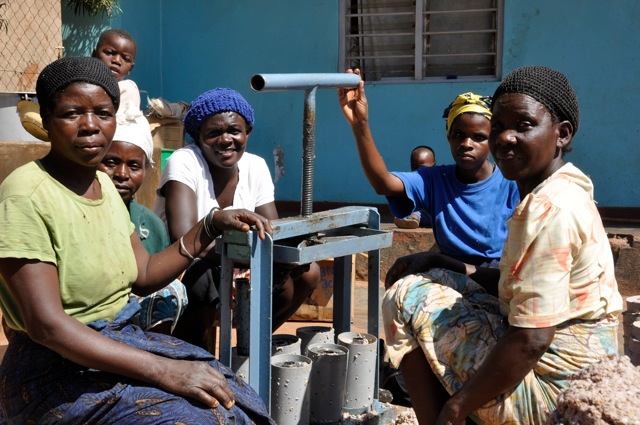 David Briggs is my partner in Tricord Global, and his words are always powerful and impactful. We are talking about social impact this month, so I wanted to invite him to write some posts for us. Let’s welcome him back to the blog as he teaches us about reimagining benevolence.

Benevolence and the Case for Human Dignity

“She wrote her name for the fist time,” he explained as tears began to fill his eyes and he paused for a moment, catching his breath and composing himself. This was part of a conversation I had with one of my colleagues not too long ago. He has lived and worked in the continent of Africa since 1987. He and his wife were a valuable resource of information and counsel from whom I have learned and relied when analyzing the effectiveness of what we are doing in that part of the world.

Actually, he was giving me a report of one of the ladies that work with them. She has been attending the adult literacy classes that are made possible by the profits of the “fire brick business” that his wife oversees. Tricord partnered with them in a joint venture and funded the start-up of the program. They launched their “Trash for Cash” program utilizing our sustainable community development model.

Benevolence that Sustains Itself

In a nutshell this model is simple. Tricord will provide start up capital to launch a community development or social outreach program as long as it is tied to a business that can sustain that outreach or program through the net profits of the business that they start. The business they launched was recycling trash and making cooking bricks that are sold in the market for cooking fuel.

The cooking bricks are also an alternative fuel substitute for charcoal that is made from local trees that are being cut down. These cooking bricks sell for 20% less than charcoal. Just two bricks create enough fuel to cook a meal for a family of five. This is a bio- and eco-friendly way to recycle trash, work against deforestation, provide jobs for people who are not only poor but illiterate, and offer an alternative cooking fuel to the community that is cheaper than the standard cook fuel.

The net profits of the cooking brick business pays for the adult literacy program and pays the teacher’s salary.

It was this model that my colleague and I were talking about. The report he was giving me was about one of the clients of the program, who could not read or write, had written her name for the very first time! What is unique about this story is that this lady was also employed through the “Trash for Cash” program, so it was actually her labor that is paying for her education.

The donors who provided the funds for this start up can be and should be very proud of what their investment has produced: a profit making business which uses a portion of its net profits to finance and sustain an adult literacy program. This program not only empowers people to be educated, but gives them an opportunity to enter into the economically active sector. They are able to earn a living for their family and be a greater contributing asset to their community.

Benevolence that Does Not Imprison

This is one of the core values of Tricord that goes right to the heart of the reason Tricord was formed in the first place. Our vision wasn’t to create another benevolent organization or NGO that would reach out with heavily subsidized programs and financial aid that ultimately would destroy the creativity of the people we are trying to help.

We wanted a system that would serve different philanthropic and social desires. At the same time, we wanted to push them to develop a model that would make them dependent on the profits and cash flow that they created in the markets and communities in which they lived and interacted. It was that desire and core value that has given birth to our sustainable community development model.

Our approach was to break an entitlement mindset that keeps people poor and non-productive. This mindset keeps them dependent on the aid from others to survive and live on.

We are certainly not unique in that desire and goal. It seems like a lot of organizations both large and small are rethinking how they approach their mission and goals. Many are setting new benchmarks and are analyzing what they are doing and its effectiveness in actually reaching those goals to truly help those that are the target of their mission.

I was sharing a meal with another colleague that I met a while back. He works with World Vision which is probably one of the largest and most successful and reputable organizations of its kind in the world. He told me, at that time, they were in the process of vetting and re-evaluating all of their programs to determine their effectiveness. They wanted to see if the outcome measures up to and produces what is projected by its purpose.

In the ongoing development and understanding of “Entitlement Verses Empowerment” there are some things that are becoming clearer which we can apply to our efforts that will truly benefit those we are trying to help and give them the ability to help themselves. Learning how to release the poor from the invisible prison provided by their benefactors is a real first step in helping without taking away human dignity.

It is through the forward thinking of our investors and partners and their generosity we are able to rethink and re-imagine benevolence and strategically place funds, which are making a sustainable difference and a lasting social impact. Having investors and partners like ours is one of the reasons I am glad and proud to be a part of Tricord. Together, we are truly making a difference one community at a time!